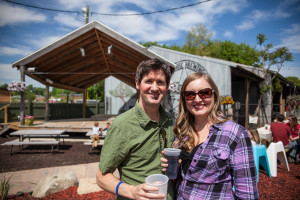 West Michigan Beer Tours offer a variety of public tours. A typical public bus tour will last approximately 5 hours and transportation will be 29 person mini-coach buses. Most tours will include:

West Michigan Beer Tours is dedicated to providing beer lovers with fun, flavorful and relaxing tours. We encourage every passenger to drink responsibly and have a designated driver. After each tour we will also provide access to a local taxi service. While we encourage everyone to purchase beer at the breweries to take with you, we do not allow any consumption on the buses. If any of our tour directors have reason to believe that a person is intoxicated prior to a tour, we reserve the right to turn them away. If a person is turned away due to intoxication no refund will be provided.

Unless a tour is cancelled all tours are non-refundable.

Please note: The tours below appear in reverse chronological order. 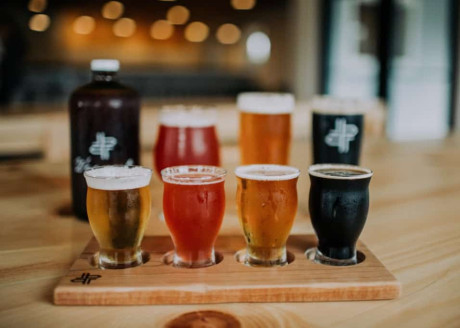 This bus tour is a celebration of women in leadership roles in West Michigan’s craft beer industry and will feature several stops to relatively new breweries.

The tour begins with two different registrations — one in Downtown Kalamazoo and another at the new location for Tantrick Brewing Co. in Allegan. Guests can select the most convenient option. Drink costs are only included at the three stops listed below, but you are welcome to purchase beer at either registration point. The trip first heads to Waypost Brewing Co., tucked back on an old fruit farm, where co-owner and head brewer Hannah Lee produces wonderfully crisp, clean beer across a variety of styles. Each guest will receive full pour of their choice as part of the visit. The trek then visits Saugatuck to see Kim Collins, owner and brewer at Guardian Brewing Co., which opened in early 2019.

Our tour then finishes the afternoon with a stop at Three Blondes Brewing Co. Fronted by sisters Amanda Johnson, Carrie Troyer and Megan Zernicke, this South Haven brewery opened in the summer of 2018. The tour includes a pint or samples at each location, as well as production tours and meet-and-greets with the women behind these emerging breweries. We will also provide complimentary bottles water and snacks on the bus, as well as a large cooler for additional beer purchases during the bus tour.