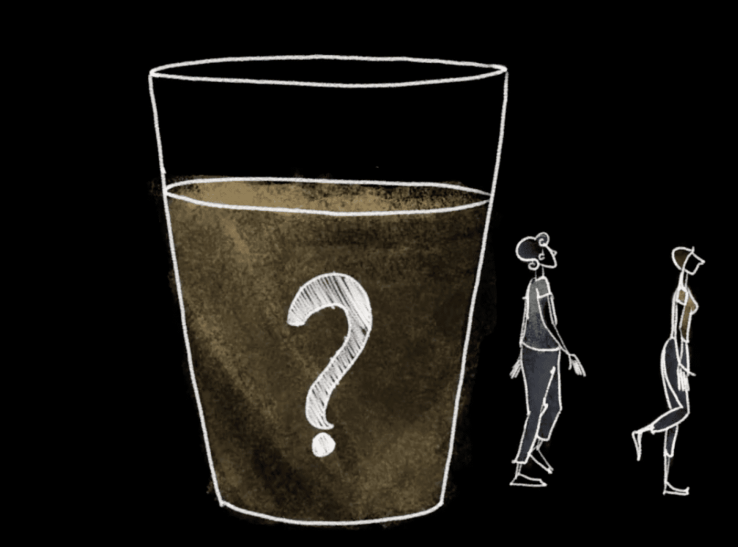 Curiosity can lead to some great adventures.

It also can produce a fun short film.

After drinking their first pint of Bell’s Brewery’s Oberon more than 20 years ago, Minneapolis, Minn.-based animated and filmmaker Tom Schroeder and Hilde de Roover decided to set out on a trip to learn more about the seasonal wheat ale — by bicycle.

“Why are we feeling weird in our head from just one glass of beer?” Hilde de Roover asks at the start of the film.

Titled, “Bike Trip,” the nearly 11- minute animated short shares a few details of pair’s long journey, including a flat tire and some of the interesting personalties they meet en route to Kalamazoo. The actual trip took place in 2003 and features music from jazz drummer Dave King.

Schroeder, who has taught at the Minneapolis College of Art and Design for 25 years and received Professor Emeritus status in 2021, made it the first of a three-part series.

Once in Kalamazoo, the couple finds Bell’s Eccentric Cafe — around the time the brewery was transferring most of its production work to the multi-million dollar Comstock facility.

While they weren’t able to immerse themselves in Oberon, they head across the street to the now-closed Kraftbrau Brewery (the current home of Old Dog Tavern).

The avid cyclists crossed paths at the Kraftbrau bar with Steve “Bert” Berthel, a longtime Michigan brewer and diehard bicyclist.

Berthel led brewing operations at Kraftbrau starting in 1997 before eventually helping start The Livery in Benton Harbor, which opened in 2005, and also brewing at New Holland Brewing Co. He’s also been an instrumental member of the Michigan Brewers Guild.

The trio hit it off and their interaction concludes “Bike Trip.”

You can watch the full film here: