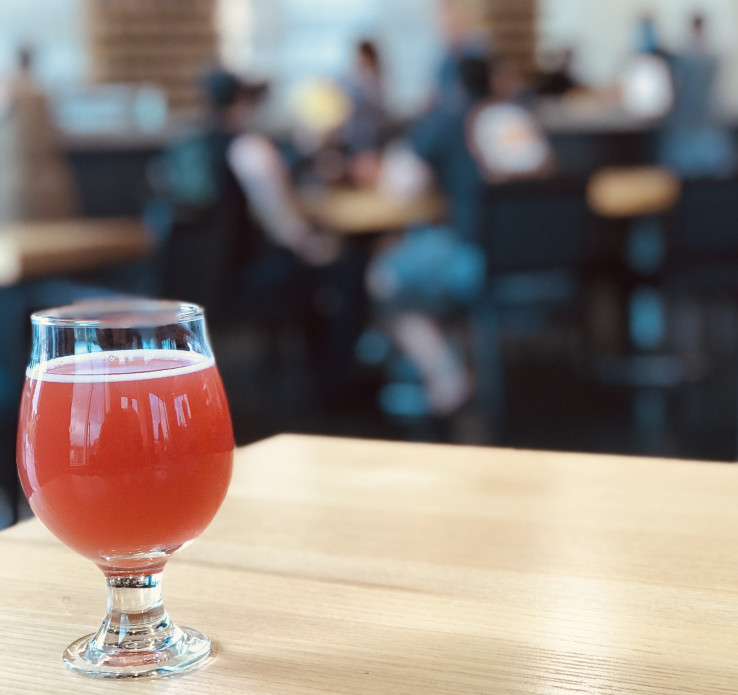 KALAMAZOO, MI — Brian Lindberg knew something was up when his phone’s notifications kept going off.

The instructor at Kalamazoo Valley Community College’s Sustainable Brewing Program was in the middle of teaching when news started filtering from Colorado the school won a major brewing award. Lindberg knew the 2021 Great American Beer Festival, or GABF, would soon be announcing its medalists in the annual competition, one of the most prestigious in the craft beer industry.

He knew “Sour Flower,” a strawberry hibiscus lime gose, was a good beer to enter into the showcase, but expectations on how it would fare were tempered. The GABF judges liked “Sour Flower” and awarded the student-made beer a bronze medal.

“As an educational school, we never thought this would happen. I always expect to see Bell’s, Founders and all these big brewers to win this, but for us, we were just ecstatic,” he said.

Nearly 2,200 breweries from across the country submitted 9,680 different beers for 170 judges to weigh in on at the 35th edition of this competition. Lindberg said he and the students felt confident, but they were up against another 117 entrees — from professional breweries — in the gose category. Gose (pronounced GO-zuh) is a German-style sour ale brewed with the addition of salt and coriander.

“We actually were like, ‘There’s no way we are going to win this,’ but we wanted to give it a shot. Last year at this time, our brewers in the practicum came up with this beer. When we finished it, people were telling us it would win awards — it was that good,'” he said.

KVCC was one of seven Michigan-based winners. You can read about the other GABF winners in Michigan here.

Lindberg said the team steeped hibiscus in the whirlpool, which gives the beer a nice pink color and floral flavor. They used strawberry puree and lime zest during secondary fermentation.

“It’s the beer version of a strawberry margarita,” he said.

“That really speaks highly to what our students are doing, what they are capable of and why people should seek education in brewing. This is our first time entering GABF. To bring home a medal like this, this is what people work for,” Lindberg said.

Sour Flower will be available, along with other student-made beer and food pairing options, while supplies last from 4:30-6:30 p.m. on Tuesdays at KVCC’s Culinary/Allied Health Facility, 418 E. Walnut St. in downtown Kalamazoo.