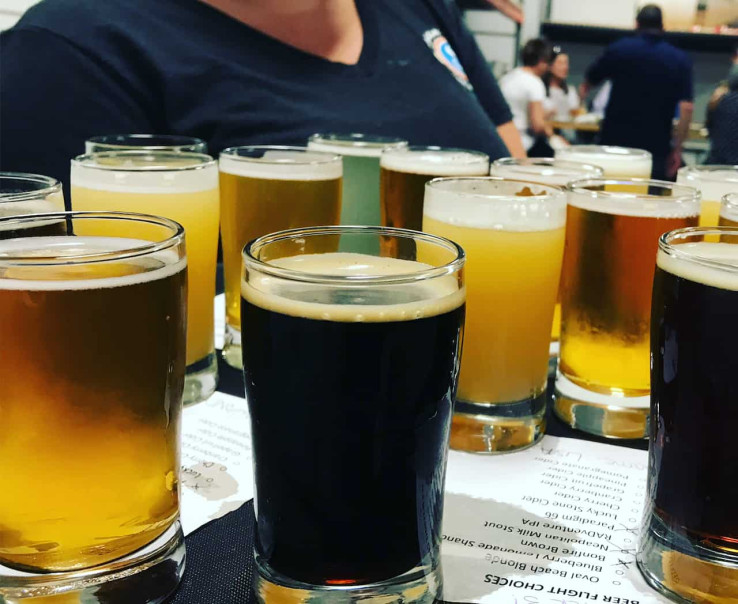 KALAMAZOO, MI — A seasoned brewer has taken over the small system at Saugatuck Brewing Co.-Kalamazoo with plans of providing plenty of “experimentation.”

Chad Laning, who started working in west Michigan beer in 2013, will be the lead brewer at the brewery at 140 S. Westnedge Ave. Laning, who has been the cellar manager at Saugatuck Brewing Company’s original location for little more than a year, said he’ll manage the five-barrel system. He said he’ll likely brew once a week in Kalamazoo, while managing fermentation for Saugatuck Brewing Co.’s 45-barrel production facility in Douglas.

“Ninety percent of the time we won’t do production beers on it,” Laning said of the Kalamazoo system. “It will be for small batches, fun stuff — something that may not make a lot of sense to make, like a crazy triple IPA, on a 45-barrel system.

“The experimentation will be fun.”

Saugatuck Brewing Co. announced plans to purchase Gonzo’s BiggDogg Brewing Co., which opened in 2013, in March, 2019. The acquisition wasn’t approved by the Michigan Liquor Control Commission until September of this year. Gonzo’s original 15-barrel system was sold to a brewery in Ohio.

Until the merger was approved, Saugatuck Brewing Co.-Kalamazoo was required to brew on-site, instead of bringing beer brewed at Saugatuck Brewing Co.’s production facility. During the pandemic and with the uncertainty of serving the public at limited capacity, the brewery only produced small amounts of beer in Kalamazoo. Once the approval cleared, Kalamazoo received a variety of beer from the Saugatuck facility. The brewery also updated its food menu as part of a grand re-opening.

Now with Laning, 33, at the helm of the downtown Kalamazoo system, he plans to brew around once a week.

“I’ve got some cool recipes from previous places,” said Laning who described himself as a “hoppy person.”

He earned his associates degree in engineering at Kalamazoo Valley Community College and worked at a Portage-based industrial supplier. He said he spent a lot of time in front of a computer and wanted another kind of challenge — despite the likely salary reduction.

In 2013, he joined the packaging department at Bell’s Comstock Brewery. A year later, he started brewing at Old Mill Brewpub in Plainwell and then spent three years at Lansing Brewing Co. He then spent a year-and-a-half with IHS Distributing before joining Saugatuck Brewing Co. in Oct., 2019.

Laning lives in Kalamazoo and is married with two-year-old twins.

“I’m happy to be back brewing in Kalamazoo and getting some good beer out to the folks of K-zoo,” he said.