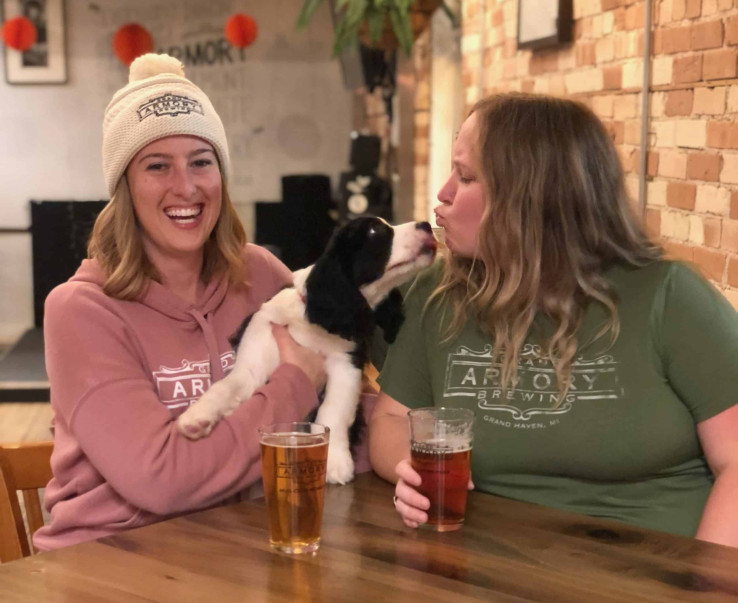 GRAND HAVEN, MI — A brewery may not be the first place you’d think to look when a family faces challenging times.

But the story Robert and Lori Vance and Grand Armory Brewing Co. illustrates the power of people making the extra effort when it’s needed most.

The Vances, of Grand Haven, discovered the brewery shortly after it opened a little more than four years ago. They quickly became mug members, Robert said.

“We became regulars and fell in love with the vibe, the staff and the environment. Our kids are at the age where they are grown up, so it was a place to have a date night and enjoy the community. The beer is good and the people are amazing,” he said. “Everybody adopted us as part of their family and that’s been an amazing thing for us.”

This bond extended beyond the taproom. In November of 2017, Lori was diagnosed with breast cancer. In addition to support from their family and friends, the brewery staff remained in contact while she battled through surgeries, chemotherapy and radiation, the family said.

“From care packages, to notes, to texts — anything to help lift her spirits. It’s just another example of how personal the connections are between the Armory and the community.  I am happy to say Lori has come through this disease with a clean slate. And our bonds with the Armory will forever be strong,” Robert Vance said.

About two years ago, the Vance’s springer spaniel of 14 years went to the great dog park in the sky. The family loved the breed and, after some time, decided recently a springer spaniel puppy was in order. Once they found him, the next step in pet ownership set in.

“It was a matter of what do we name it? We wanted it to be meaningful to us and our family. One night we were sitting at the Armory and said, ‘What about Murray?’ It represented ‘Our Murray’ and ‘Armory,’” Robert Vance said.

On a Saturday afternoon this November, Murray Theodore Archibald Vance found his new home. Two days, he met his beer family — the staff at Grand Armory Brewing Co. Robert Vance said Murray was well-behaved. He curled up on a blanket on a stool in the taproom and even set his face on the bar at one point. The staff at Grand Armory gave him a branded dog onesie.

“How can you not love a puppy?” Robert Vance said. “And he felt right at home — just like we do.”