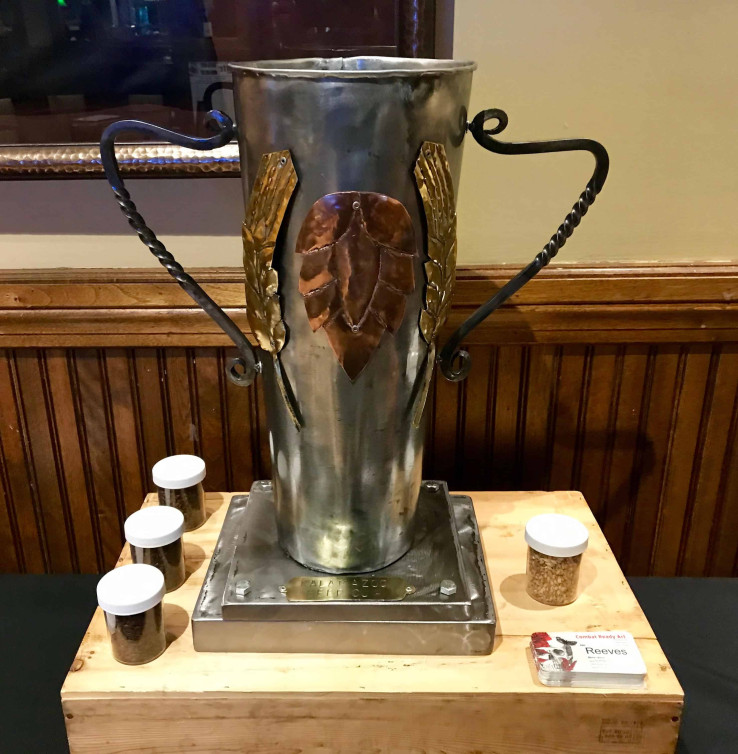 In our fourth installment of the Kalamazoo Beer Cup — a frequent style showcase and blind tasting of area breweries — Saugatuck Brewing Co.’s bourbon barrel-aged Imperial Neapolitan Milk Stout picked up the most votes.

The Kalamazoo Beer Cup started by West Michigan Beer Tours in early 2019 as a way to spotlight the quality of different styles presented by area breweries. The public is then invited to participate in a blind taste where six area breweries present their take on the style.

Participants select their favorites in a weighted scoring system. The top scoring brewery then keeps the Kalamazoo Beer Cup until the next event.

Saugatuck Brewing Co., which purchased the former Gonzo’s BiggDogg Brewing Co. in downtown Kalamazoo at the start of 2019, describes: “We took the beer you know and love, our Neapolitan Milk Stout, and amped it up a bit. We increased the malt bill to boost the ABV up to 10.5% and then aged it in bourbon barrels for 12 months. You still get all the rich flavors of chocolate, vanilla, and strawberry, but with the added flavor of bourbon in the finish.”

The next Kalamazoo Beer Cup event will be feature local sours and be held on Friday, Jan. 17, 2020 at Old Burdick’s Bar & Grill in downtown Kalamazoo as part of Kalamazoo Beer Week.

This was the fourth Kalamazoo Beer Cup event. Here are the previous style winners: