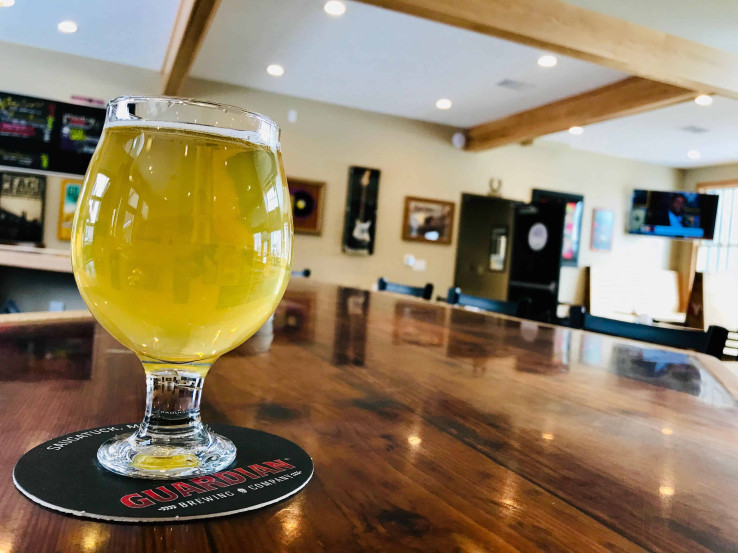 This bus tour is a celebration of women in leadership roles in West Michigan’s craft beer industry and will feature a trio of stops to relatively new breweries.

The tour begins with registration from noon to 1 p.m. on Saturday, May 18, at Paw Paw Brewing Co.‘s new location and heads west to Cognito Brewing Co., located in the historic grain elevator in Bangor.

Brewer Jennifer Goodrich will lead a tour of the building and share samples with the group.

The trip then heads to Saugatuck to see Kim Collins, owner and brewer at Guardian Brewing Co., which opened in early 2019.

Our tour then finishes the afternoon with a stop at Three Blondes Brewing Co.

Fronted by sisters Amanda Johnson, Carrie Troyer and Megan Zernicke, this South Haven brewery opened in the summer of 2018.

The tour includes a pint or samples at each location, as well as production tours and meet-and-greets with the women behind these emerging breweries.

The tour will be led by tour directors and longtime Michigan beer advocates Andrea Wilson and Bonnie Steinman, who is a groundbreaker in the state’s hop farming industry. She specializes in making craft beer approachable.

“I like to help people enjoy beer without pretension. A lot of people who aren’t confident in craft beer are intimidated sometimes. It’s all about flavors and experiences, and helping people trust their senses,” Steinman said.

About 3 days ago from Michigan Beer Tours's Twitter via TweetDeck

Our next Kalamazoo Beer Cup is March 27 and we're highlighting area wheat ales with @OldBurdicks. Your ticket includes a flight of six area wheat ales, food and the opportunity to pick the Cup winner. #mibeer #discoverkzoo store.westmichiganbeertours.c… pic.twitter.com/hDcxehB8Ic

It's never too early to start thinking about summer. Our Hop Harvest Beer Tour is available now! We'll visit the soon-to-open Handmap Brewing Co., @TerritorialBC and the highlight: High Five Hops Farm in Marshall for a tour and samples. Tickets are here: westmichiganbeertours.com/tou… pic.twitter.com/TV5xBkzMJg

About 3 weeks ago from Michigan Beer Tours's Twitter via TweetDeck