GRAND RAPIDS, MI — Groove along with the Grand Rapids Area Brewing Community for a Festival on Calder Plaza to celebrate Beer City as the sun goes down on Saturday, August 13 from 6:30 – 10:30 p.m., with a VIP hour beginning at 5:30 p.m. 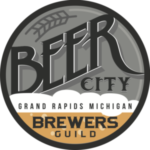 This 21 and over ticketed event will offer festival goers the opportunity to sample craft beer, cider, wine, and distilled beverages from the newly formed Beer City Brewers Guild, a non-profit 501(c)(6). Licensed Breweries involved in the Guild and participating at HopStock include those within Kent County, Mich or any city or township whose geographic boundary borders Kent County.

HopStock will feature many West Michigan breweries, brewpubs, distilleries, and cideries collaborating under large tents on Calder Plaza as the sun sets on Saturday, August 13, making this a unique event. There will be a vast array of 3 oz samples for enthusiasts to savor. Look for the Beer City Collaboration tent: IPA Island sponsored by Coldbreak Brewing Supply where each festival participant will feature their version of an IPA.

The festival will also host live local music acts beginning at 6 p.m. with Instrumental Surf-Rock band The Concussions, followed by Gangster-Rock band The Legal Immigrants at 7:15 p.m., and Bluegrass Folk-Rock band Dragon Wagon will take the stage at 8:30 p.m. to play a 90-minute set.

Food Trucks will also be on site serving a variety of vittles, including A Moveable Feast, Two Scotts BBQ, and Pronto Pups. A limited number of Vendors and Artisans will be on hand to join in on the HopStock buzz as well.

The Beer City Brewers Guild have developed a history of giving back to the community as well as the environment. HopStock will feature a sustainability team thanks to BarFly; there is a goal in place to keep this festival a low-waste event by offering reusable tasting cups and sustainable resources wherever possible.

HopStock Festival Participants will be announced in the coming weeks.

As a group of greater Grand Rapids area Brewers, in collaboration with Beer Centric Businesses, we work to celebrate, promote and raise awareness of the craft brewing culture of our community.

Note: This is a press release from the Beer City Brewers Guild.