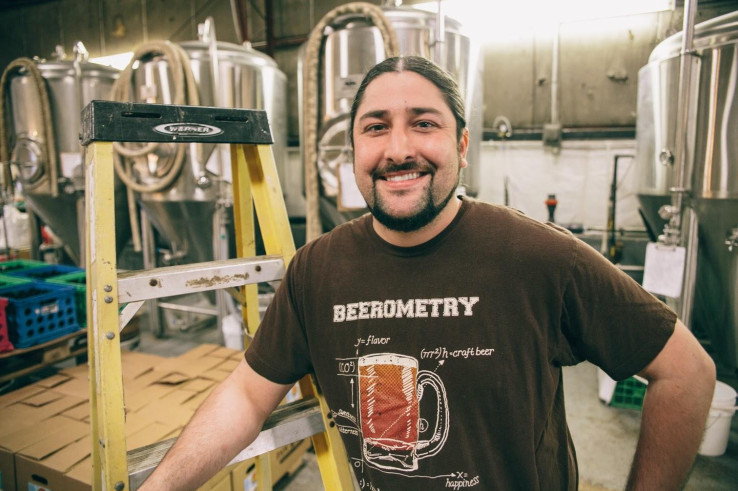 KALAMAZOO, MI — Trevor Klimek was working a shift at the Bell’s General Store when a customer named Chris O’Neill visited looking for information about homebrewing.

The meeting would prove fortuitous.

Klimek told O’Neill to spend around $100 on equipment and give it a try — he’d end up hooked. O’Neill took him up on the suggestion and continued to frequently asked Klimek for homebrewing tips. In 2010, Klimek was hired at Paw Paw Brewing Co. shortly after it opened, while O’Neill continued to refine the craft at home. In November, 2014, O’Neill and his business partner T.J. Waldofsky opened One Well Brewing. Later this month, the duo will reunite as O’Neill’s former brewing mentor will be added as a brewer there, alongside head brewer O’Neill and head cellarman Tom Crookston.

“(Klimek) taught me a lot about homebrewing and was one of the people that was instrumental in helping me build the skill set that I needed to open my own brewery,” O’Neill said. “We are thrilled that Trevor is joining our team. We think that he’ll be able to help us take our creativity and innovation to a new level. We have already spoken a few times and have some tricks up our sleeve. Stay tuned for more details about that.”

Klimek, one of the more charismatic members of the West Michigan beer community, will help O’Neill brew and assist as the Kalamazoo brewery expands into its 10,000-square-foot production space this spring. Klimek and O’Neill worked together recently on a collaboration beer for Paw Paw Brewing Co.’s fifth anniversary party on Jan. 30.

“With One Well’s upcoming expansion project and all of the cooperative aspects the new production facility will offer other breweries, I think that there is an amazing chance for me to help impact the craft beer scene in Kalamazoo and southwest Michigan. One Well is a quickly growing brewery, and I’m excited for the opportunity of growing with them and helping us all get to the next level,” said Klimek, who started homebrewing more than 12 years ago.

Paw Paw Brewing Co., located about 30 miles west of Kalamazoo, produced just under 2,000 barrels in 2015 and announced late last year it purchased a 22,000-square-foot building to serve as its production site and eventual taproom. It distributes its beer in cans and bottles.

One Well made around 500 barrels in 2015 from its three-barrel system at 4213 Portage St. One Well’s new 15-barrel brewhouse at 3618 Gembrit Circle will give the brewery the eventual annual capacity of between 4,000-5,000 barrels, Waldofsky said.

“We’re so excited to have Trevor join the brewing crew here at One Well. His experience brewing larger batches and working in a production environment will help us scale and make the move to our new facility a lot easier. Trevor not only brings a great deal of experience on the brewing side of things, but his personality and enthusiasm are contagious. We think that he’s going to be an awesome cultural fit and another great ambassador of the One Well brand,” Waldofsky said.