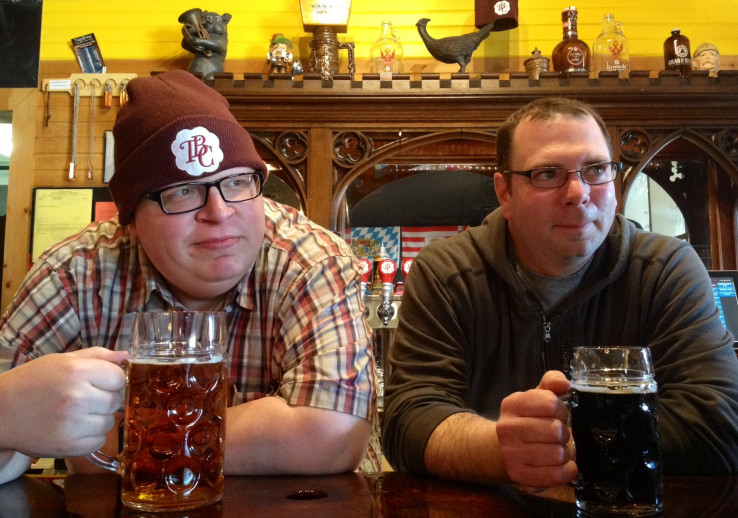 The German word is best translated to mean a place of friendliness or warmth. It’s also the standard Territorial Brewing Co. co-owners Charles Grantier and Tim Davis hope to achieve when guests visit the Springfield brewery.


Grantier, 38, and Davis, 37 — childhood friends who first met in the Battle Creek Youth Orchestra in elementary school — opened their brewery at 256 Helmer Road near Battle Creek in late November, 2014. The owners started homebrewing together years ago and found themselves naturally veering toward German styles. Davis, who is German-American, said finding good German beer proved difficult and when he did locate it, time had been unkind.

“We started brewing them to be able to drink fresh lagers. It became an obsession and a passion and it came to the point we were brewing almost exclusively German styles. It was a natural progression to go pro with it. It just so happens to be different so we fill a niche. But we aren’t doing it to be different, it just happens to be a nice coincidence,” Davis said. 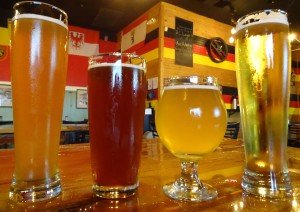 The brewery — laid out like a German beer hall with the country’s state flags adorning the walls — will celebrate its first anniversary with a “Dezemberfest” on Nov. 27-28. Dezemberfest is also the name of the brewery’s Marzen lager. The brewery — one of the few in the state that produces several lagers — will open at 8 a.m. on Nov. 27 for breakfast and will release Finsterchaf, the Schwarzbier, or black lager.


“That’s targeted more at the Black Friday shoppers who’ve been out suffering to be able to come in and get a pretty cool breakfast. It’s the only time we do it all year. You can get eggs, sausage, beer, pretzels, pancakes,” Davis said.

The festival portion will begin at noon both days. There will be an outdoor tent with live music and a dance floor. There will be eight beers served outside and up to 12 indoors.

The weekend celebration will feature a stein hoisting contest, corn hole, a yodel-off (Davis yodels to every beer), food (many sausages), “a fair amount of goofiness,” special beers and live music, highlighted by the Cleveland, Ohio-based punk-rock polka band, Chardon.

The celebration comes as Territorial is “aggressively” pursuing an expansion, most likely in the Springfield or Battle Creek area. Territorial Brewing Co. estimates it will produce about 600 barrels in 2015 with half of that being its popular lagers, including Battle Creek Lager. They will have made 28 different beers in 2015, they said.

Davis and Grantier originally built their “Frankenbrewery” in the most affordable and resourceful way they could.

The fermenters sit near the kitchen at Territorial Brewing Co. Owners Tim Davis and Charles Grantier call it their “Frankenbrewery.”

“Our mash ton is a 200-gallon bathtub dairy tank I rescued from a field outside Pulaski, Wisconsin, last February (2013),” Davis said. “It’s one of the cheapest pieces of equipment here, but it does some of the most important work. It had probably been sitting in that field for 30 years. It was in pretty rough shape.”

Lagers take longer to brew than ales and the brewery is already at its capacity, giving Davis and the rest of the brew team little flexibility. The new incarnation of Territorial will not be a “Frankenbrewery.”

“We are looking at a couple possibilities. One is having another restaurant that would also have packaging brewing capacity where we can get into bottling or canning and increased distribution. The other possibility is strictly a packaging brewery,” Davis said.

He added, “It’s a huge step. It would be taking us from a neighborhood brewpub into a full-on distributing microbrewery.”

Davis said they are looking at spaces in the range of 7,500-to-10,000-square-foot to house a 20-barrel brewhouse that can expand in the future. Davis said he hopes a new space will help him to improve efficiency and quality. For example, he learned the warmer months weren’t ideal for producing lagers in the current setup.

“Brewing in summer proved to be different in ways we weren’t anticipating as far as the temperature and the amount of humidity back there,” Davis said. “We were squeegeeing the floors seven or eight times a day just because of the moisture dripping off the fermenters. And the beer fermented differently because of it. We learned a lot. We’re still finding ways to improve.”

Grantier and Davis said the new project is “overwhelming,” but the demand from the Battle Creek and Springfield community has allowed them to make the jump at least two years earlier than planned.

“We’re not in this to get rich,” Davis said. “We are in this because we found a way to do what we love.” 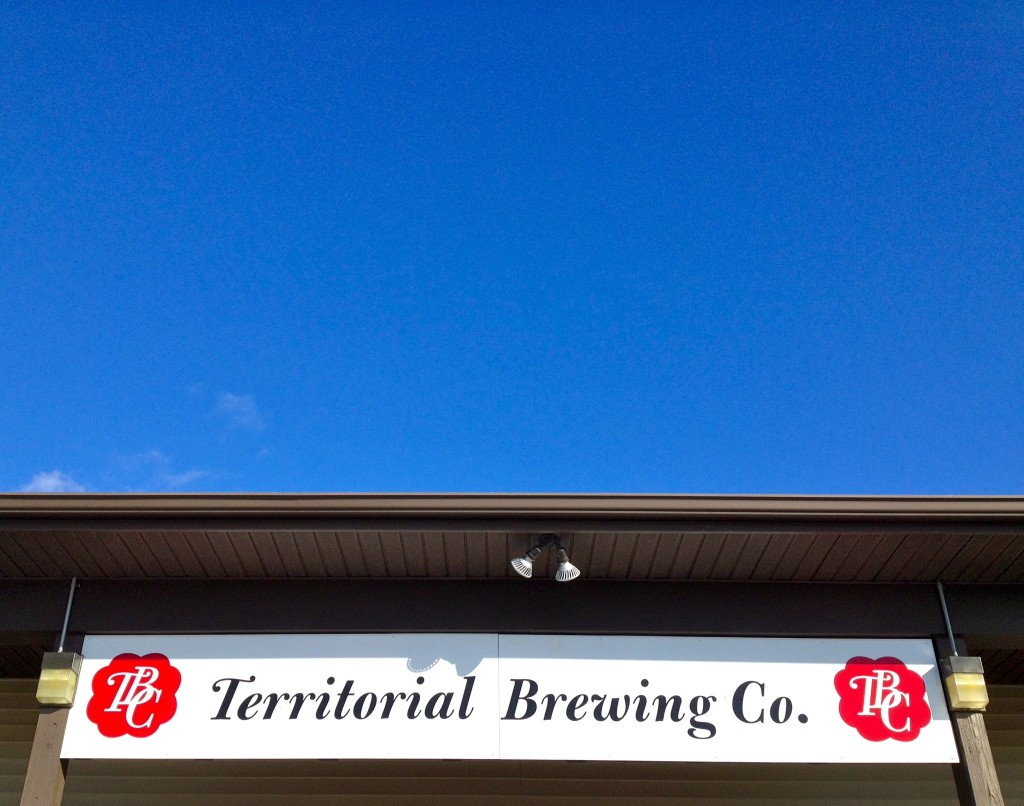