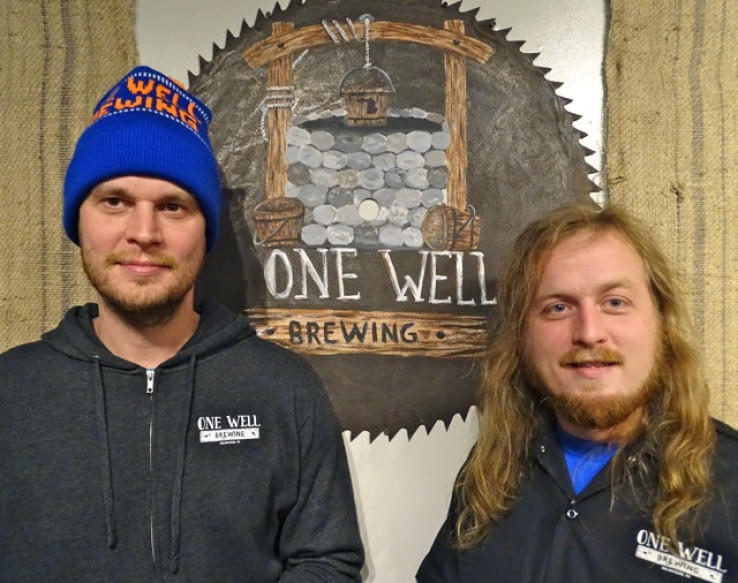 One Well Brewing turns, well, one, with a big anniversary Block Party and major expansion on the way

KALAMAZOO, MI — One Well Brewing will celebrate its one-year anniversary on Black Friday with a series of specialty releases, food, music and more.

Co-owners T.J. Waldofsky and Chris O’Neill have carved out a name for themselves behind their dynamic slate of beer, including the jalapeno blonde ale (Xalapa), pinball and board games and a welcoming atmosphere. The brewery at 4123 Portage St. is also on the cusp of significant growth.

As part of the anniversary party the team at One Well has a $3 suggested donation for the outdoor tent, with a portion of the proceeds going to the Salvation Army.

Waldofsky answered a few questions about the brewery’s first year and where it will go from here.

WMBT: What are some of the lessons you’ve learned in the first year as a brewery owner?

TJ: Don’t bite off more than you can chew. When we first started, we decided to only do four beers and no food. Neither Chris nor I had experience running our own business, so we decided from the beginning to keep things simple and grow organically. We wanted to make sure that everything we did, we did well. We think that our customers appreciate the fact that we are always trying to improve and make things better. 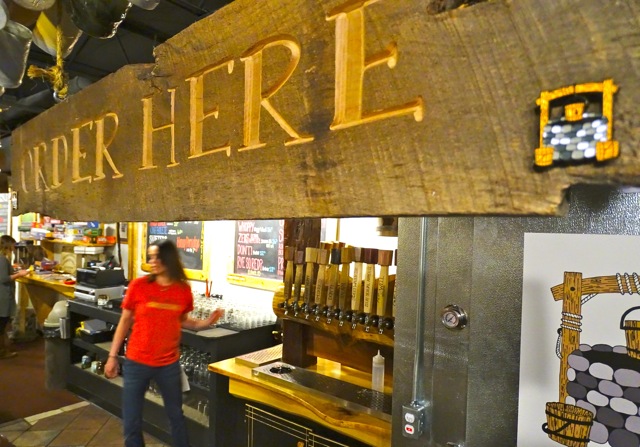 WMBT: What elements of the business caught you by surprise?

TJ: I think the most surprising thing is how many hats you have to wear as a small business owner. Chris and I both realized that we would have to be jacks of all trades. We never realized how true that was though. In any given day you can go from doing accounting to scrubbing a toilet. I think that you have to be humble and accept that everything you do is important.

WMBT: How many barrels will One Well produce in 2015?

TJ: We’re on pace to produce about 500 barrels of beer in our first year. If we had a larger brewhouse we would probably be closer to 750-1000 because we could distribute more. Our biggest bottleneck right now is not being able to produce enough beer to meet demand.

WMBT: What are the top 3 sellers at One Well?

WMBT: Talk about the cooperative facility and how things are progressing? Do you have a space and what partners are committed to the project?

TJ: We’re in the process of buying a 10,000-square-foot-production facility and upgrading to a 15-barrel brewhouse. The plan will be to take the first six months brewing beer for One Well on the system to ensure that we have everything dialed in and perfect the craft. After that, we’re planning on introducing a tenant brewing offer to breweries who are in the same position as we are now. Being a three-barrel brewhouse is great for a start, but most breweries using this size system quickly realize that a system this size creates a bottleneck in production. We plan on picking a few partners and allowing them to rent the facility and work with us to brew their beer. This would allow them to increase their production without having to take on a huge investment.

In addition to this, we’re planning on creating a grain and hop cooperative so small breweries can all pool our resources to procure ingredients at a lower cost. We’ll also have cold/dry storage available for a value-added service to the folks working with us. Eventually we want to expand our lab capabilities and offer testing (ABV, IBUs, etc.) for breweries that currently don’t have access to these services.

WMBT: Describe the addition of food and the effect it has had on the business? How will the menu evolve in the future?

TJ: Food has really taken our business to the next level. We hired a great chef named Sal and he has really taken the reigns on the kitchen. We offer what we call healthy, high-end bar food. Similar to everything else, we started small and grew the kitchen organically. We now offer a full menu with a great selection of sandwiches, pizzas and smoked meats. We smoke all of our meat in house now and that has helped step the food game up. Sal plans on keeping things fresh and changing the menu every three to six months.

WMBT: Discuss the neighborhood response to the brewery?

TJ: We think that the neighborhood has really embraced what we’re doing. We have a mug club with about 250 people in it, and most of them are from the Milwood neighborhood. Chris and I have always focused on ensuring that our core customers – the people from Milwood – are taken care of. We constantly listen to suggestions and feedback from these folks and work hard to improve for them every day.

WMBT: How have you learned to differentiate/stand out from the rest of the West Michigan beer culture? Is it harder than you thought?

TJ: To be honest, I don’t think that we try to differentiate ourselves intentionally – it just kind of happened organically. Chris and I tried to build a space and a culture that we were proud of – a place where we wanted to hang out and pass time because we knew that we’d be spending a lot of time here. We’re humbled that people embrace how different and unique our space is. It wasn’t really hard honestly. We’re just doing the things that we love so it has come pretty naturally for us.

WMBT: What has been the most difficult part of Year 1 for One Well? What are some of the highlights?

TJ: I think the most challenging part has been the major sacrifices that Chris and I have had to make in our personal lives. We generally work seven days a week, so we often miss out on a lot of the things that we used to do with our personal time. That said, I don’t think either of us would change anything. It’s been so rewarding to pour our hearts into something that we both love doing and seeing it grow. I think the biggest highlight has been seeing how much our customers appreciate what we’re doing and how much our employees also embrace the culture. It’s a good feeling waking up in the morning knowing that our work today is going to directly affect the outcome of our business. When you open a new business you plan a lot and think through as much as you can, but you really don’t know exactly what to expect. One Well has exceeded our expectations though; we definitely look forward to what the future holds and how we can grow and get better every day. 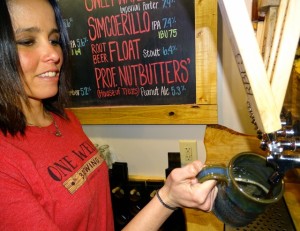