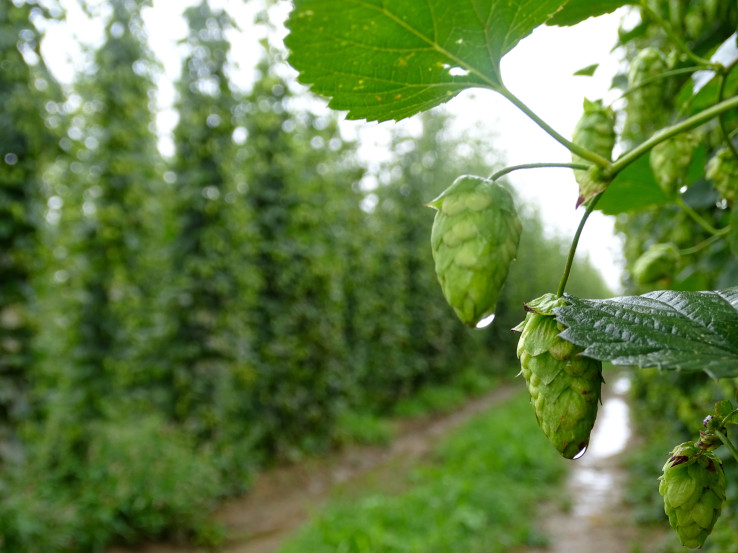 HICKORY CORNERS, MI — With another successful hop harvest season in the books, Bonnie and Jeff Steinman, co-founders of Hop Head Farms in Hickory Corners, offered a roundup of this year’s crop, including a fairly comprehensive list of Harvest Ales made using their hops. 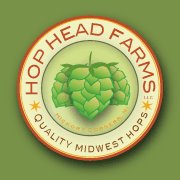 The 30-acre farm makes up about 400 to 500 harvestable acres in Michigan. HHF is also expanding its footprint with about 140 acres in development in Berrien County.

“Now that the craziness of harvest is over, we are getting a chance to go out and enjoy the beautiful fall weather and taste some of the fruits of our labor. This year Hop Head Farms had over 11,000 pounds of fresh picked hops make their way into specialty wet hopped harvest beers. It is always quite a project in logistics and communication to have the hop picking and the brew schedule lined up just right to make these beers happen. Some brewers will pick up their hops. Others get them trucked in. Either way, we take a lot of pride in providing this important ingredient for these special brews,” said Bonnie Steinman, co-founder of Hop Head Farms.

Here is a list of the beers and breweries taking part this year in celebrating the hop harvest season with HHF: 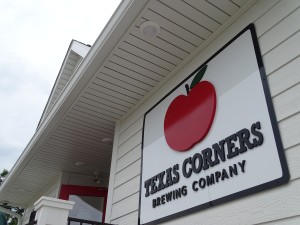 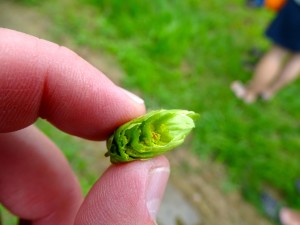 Latitude 42 Brewing Co.
Centennial Harvest Ale
Notes: The first Centennial hops delivered for the season make up this fruity harvest ale. It is a definite get it before it’s gone beer! It goes on tap early September and is consumed quickly.

Citra Harvest
Notes: Round three, not made with HHF hops, but very nice nonetheless.

Greenbush Brewing Company
Demeter
Notes: Three versions were made this year. You can find which one you have by checking the label near the date code.

Demeter Round 1: Cascade. Bright and slightly grapefruity, with floral notes.
Demeter Round 2: Chinook. A favorite of Hop Head Jeff and Bon. The pineapple of fresh Chinook really shine through.
Demeter Round 3: Zuper Saaz. A new one this year. Crisp and refreshing. 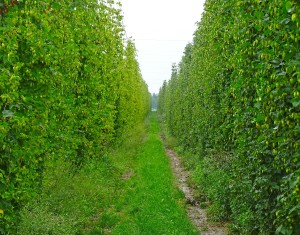 Founders Brewing Co.
Harvest Ale
Notes: Over 3,000 pounds of fresh hops were delivered for 9 separate brew days to be blended for this amazing harvest ale. A potent combination of many hop varieties picked at their peak make up this very flavorful beer. Ahead of harvest the founders brewers come to the farm to walk the fields and get an idea of the recipe for the year. As harvest begins tight communication is key to get the hops to the brewery each day.

Rupert’s Brew House
Raw Dog Penetrator
Notes: Brewed with freshly picked Chinook hops, this harvest ale has a nice pine aroma and flavor. The 2015 version is Head Brewer Adam’s favorite harvest ale he has made. There is only one keg left that is being saved for the Kalamazoo Craft Beer Festival at Wings Event Center Nov. 7.

Tibbs Brewing Co.
Wet Hop Upside Your Head IPA
Notes: Wet hopped with Centennial Hops. Grassy and fruity. High powered in the Tibbs fashion. Kevin Tibbs brews in small batches, so this one did not last long on tap. 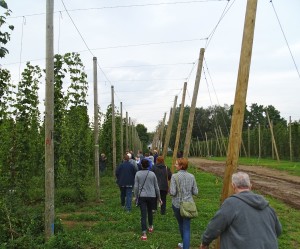 Hop’n Fresh out the Kitchen, Against the Grain Brewery and Smokehouse, Louisville, KY. 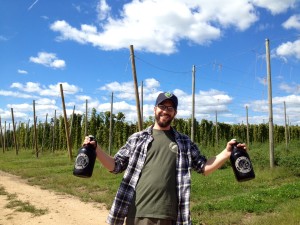 The Butcher & the Brewer, Cleveland, OH.