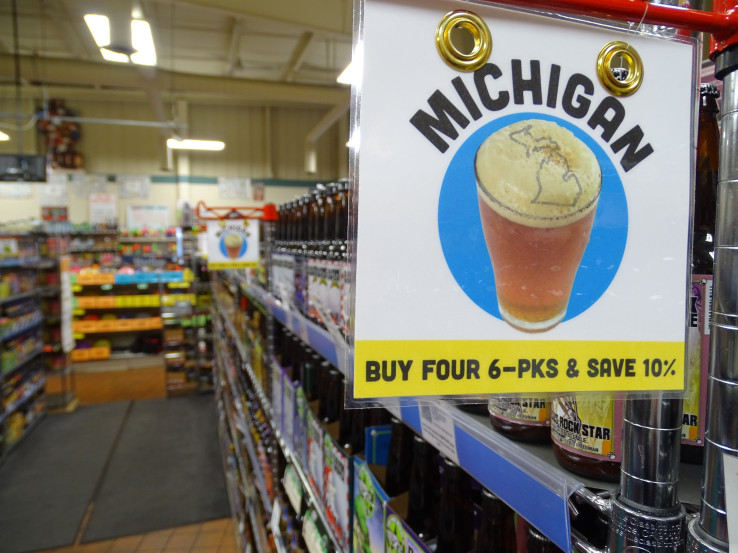 KALAMAZOO, MI — Drake Party Center has responded to the demand for craft beer, in particular Michigan craft beer, by recently revamping its beer selection and layout.

“We needed to adjust business based on the industry and expand where we see growth,” Sanada said.

The “Beer Cave” was moved back 7 feet to create 8 new racks, giving Drake Party Center an additional 192 linear feet of craft beer, a 40 percent increase to a total of 528 feet. Sanada shared her store’s numbers to provide perspective on the shift in drinking habits.

She said 25 percent of total beers sales are Michigan beers. In 2010, Michigan beer accounted for nine percent. In 2013, the number jumped to 14 percent.

Overall craft beer sales stand at 50 percent of all beer sales. She reported sales of craft beer made up 20 percent and 36 percent in 2010 and 2013, respectively.

Sanada said sales of “bombers,” or 750 milliliter bottles, are increasing rapidly, mostly because it’s a popular format for sharing with others. She installed a new cooler for bombers in the new space.

Drake Party Center continues to offer build-your-own six packs, as it has for years. Sanada said she’s on pace to sell 4,000 of them in 2015. 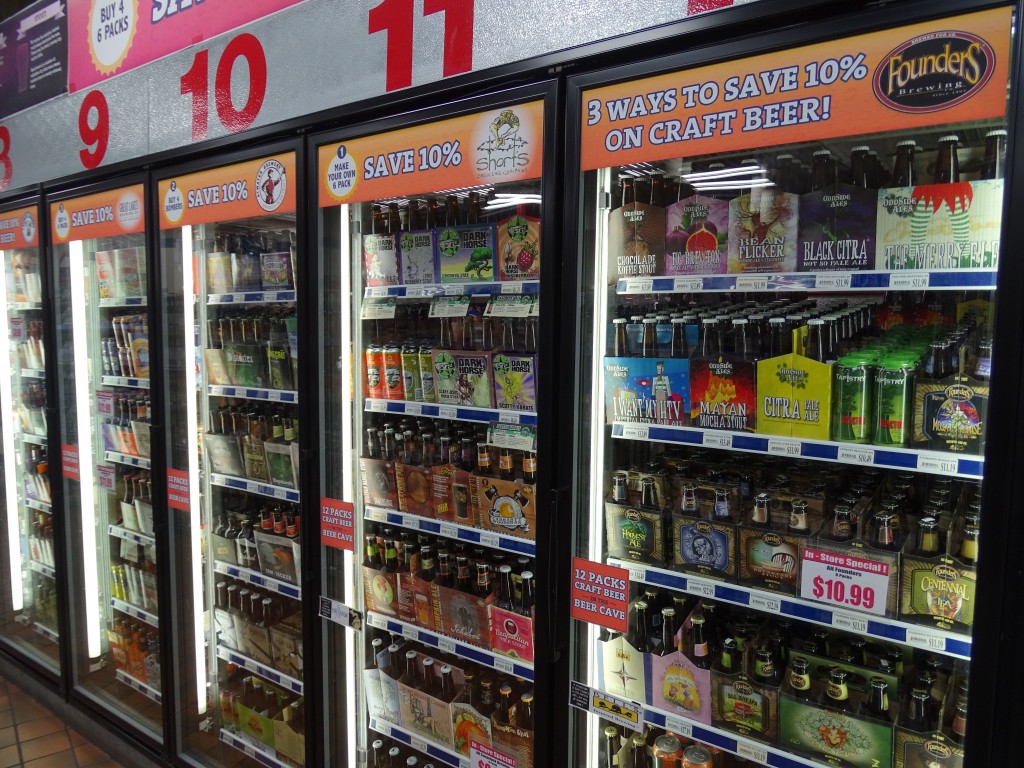 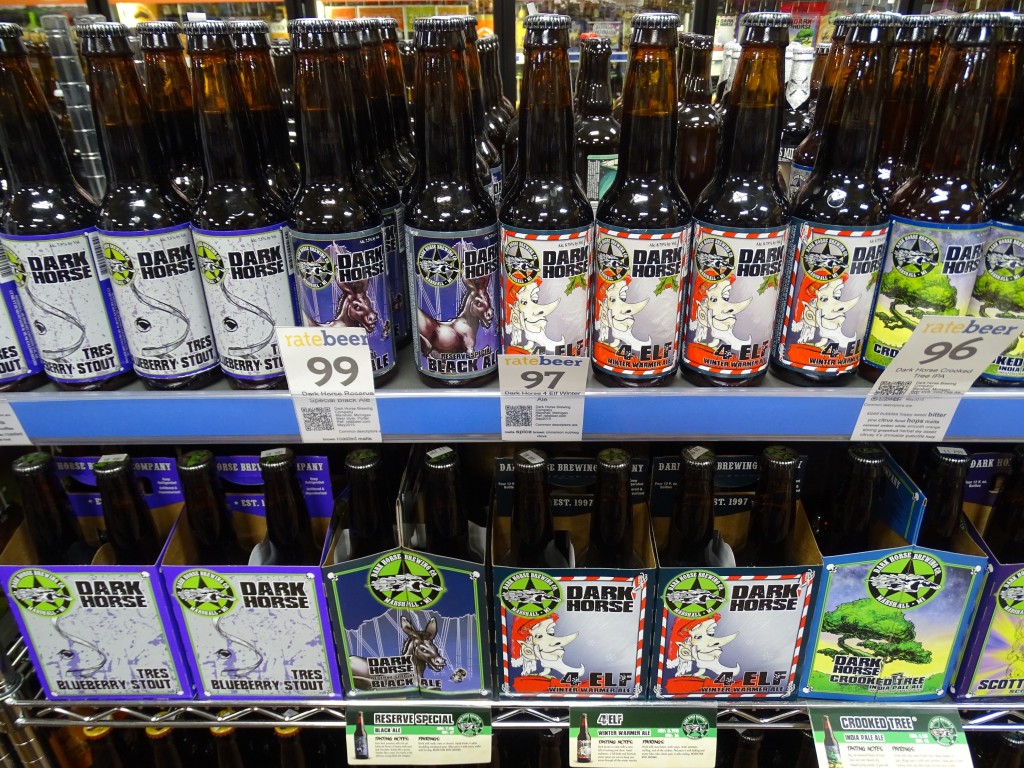