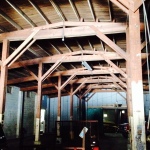 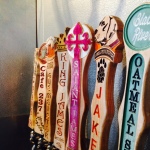 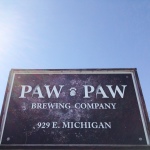 This is the sign at the current taproom of Paw Paw Brewing Co. 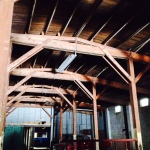 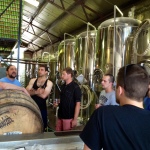 Brewer Trevor Klimek, left, addresses a group on a tour of the production facility near St. Julian Winery. 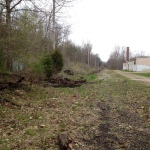 This is the area earmarked for the Fruit Belt Trail and is located behind the proposed facility for Paw Paw Brewing Co. 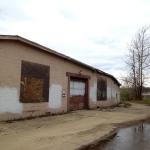 This is the exterior of the proposed new home for Paw Paw Brewing Co. A patio is planned for this area and will face the Fruit Belt Trail. 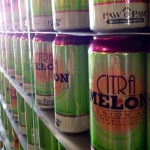 Citra Melon is one of the top selling brands from Paw Paw Brewing Co.

NOTE: The site plan was approved on Monday night.

PAW PAW, MI — Ben Fleckenstein, the co-owner of Paw Paw Brewing Co., said the West Michigan brewery is close to purchasing a 22,000-square-foot building that will eventually serve as the company’s main taproom and production facility.

It will be located near a proposed 10.7-mile trail, called the Fruit Belt Trail, and a trailhead to be developed by the Village of Paw Paw. Fleckenstein said the site will become a destination for outdoor enthusiasts and craft beer fans.

“This is huge for Paw Paw Brewing Company and for the community. It’s what we always wanted,” Fleckenstein said during a tour of the building in March.

The space is located near Gremps Street and Commercial Avenue in Paw Paw. It is west of Kalamazoo Avenue/M-40 and near the brewery’s current production facility across the street from St. Julian Winery. The brewery also operates its taproom at 929 E. Michigan Ave.

Final site approval will be voted on Monday night at the Paw Paw Village Council meeting.

The new property will require extensive renovation, but Fleckenstein said it will feature a 6,000-square-foot pub, additional production space, a large patio and eventually a coffee shop, among other elements. Fleckenstein said Paw Paw Brewing Co. would also like to offer kayak and canoe rentals at some point.

“We’ll work with them in any way we can to have it come to fruition,” Paw Paw Village Manager Larry Nielsen said. “We are excited about it. Ben and his partners are right on with what they want to do.”

The new brewery site sits near the proposed Fruit Belt Trail, a non-motorized trail that would connect Mattawan, Hartford, Lawrence and Paw Paw along the rail line owned by West Michigan Railroad Co. The Van Buren County Board of Commissioners and the Paw Paw Township Board approved of the trail concept in late March, according to a story from the Paw Paw Courier-Leader. The March 24 article also said:

County commissioners adopted a resolution that endorsed acquiring the West Michigan Railroad Co. rail line from Hartford to Paw Paw for public use as a non-motorized connection. Commissioners also supported the exploration of funding options for acquisition, development, maintenance and operation of the non-motorized corridor, to include snowmobiles under certain conditions. It is believed the remaining rail line between Lawrence and Hartford will eventually be abandoned by West Michigan Railroad Co.

Paul Yauk, of the Michigan Department of Natural Resources, said a grant from the DNR’s Trust Fund of about $750,000 has been secured to purchase the property from the railroad company. Yauk said the project has the support of all the communities along the proposed trail.

“We’d like to get this purchased this year,” Yauk said in an interview in mid-June.

Yauk pointed to similar projects in Rockford and Jackson as examples of businesses aligned with trails.

“These communities get reinvigorated with this kind of partnership,” he said.

Yauk said he had no timeframe on when the project may progress. Once the trail acquisition is complete, Nielsen said the village will begin work on a trailhead shortly after. Nielsen said the village owns property nearby that houses the building at 125 Industrial Ave. It would be demolished for construction of the trailhead, which could begin in 2016 if the trail acquisition happens this year, he said.

The building was home to the Paw Paw Wine Company, which was in business from 1941 to 1960. It later became a canning company, but has remained vacant for several years, according to Lisa Phillips, a hydrologist and owner of  Phillips Environmental Consulting Services, an environmental consulting firm, as well as the Chair of Van Buren County Brownfield Redevelopment Authority.

Phillips became involved with the project in the spring. She assisted in the assessment of the property and helped with the pursuit of Brownfield incentives. Phillips said the area was part of a “visioning session” with village members more than two years ago.

“The inside of the central core of the building has beautiful large beams,” she said. “The location is great because it will be a beautiful area with the trail there. It’ll be really nice. I’m looking forward to it.”

She added, “We’ve come a long way and jumped through a lot of hurdles. We’ve had a lot of support both from the Village of Paw Paw and the county and the (Department of Environmental Quality) and the state of Michigan.”

Fleckenstein said the area designated for the taproom features old wooden pillars that he plans to keep.

“It’s beautiful when the light is coming in here,” he said of the taproom area.

Fleckenstein and his brother-in-law Ryan Sylvester opened Paw Paw Brewing Co. opened in January, 2011. It produced 326 barrels in its first year, with the company eventually expanding to a second facility for production purposes less than a mile away and near St. Julian Winery.

Paw Paw Brewing Co. produced 1,643 barrels in 2014. Fleckenstein said the brewery recently signed a two-year lease for the current production space and plans to remain there for the foreseeable future.

John Liberty can be reached at moc.sruotreebimtsew@nhoj.