The flagship beer from Gonzo’s will be available in four packs of 16-ounce cans at the brewery, 140 S. Westnedge Ave., in Kalamazoo starting at 3 p.m. on Monday. The four packs will sell for $9.99.

Imperial Beverage, which distributes Gonzo’s beer, will begin delivering the cans to retailers around the region and state as early as late next week.

Head brewer Greg “Gonzo” Haner said Monday will be declared “Vanilla has gone metal” day as part of the promotion for the beer’s release. The can was designed by illustrator Paul Sizer, of Kalamazoo.

The brewery opens at 3 p.m. on Monday.

Mobile Canning Company is co-owned by Andrew McLean, of Kalamazoo. His company has canned for breweries across the state, but this is his first Kalamazoo brewery client. McLean said Friday’s canning run produced 560 cases of Vanilla Porter at a rate of about 38 cans per minute.

John Liberty can be reached at moc.sruotreebimtsew@nhoj. 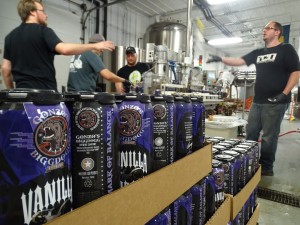 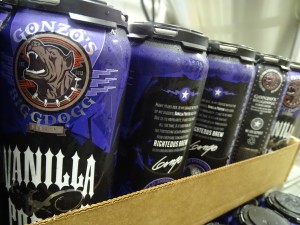 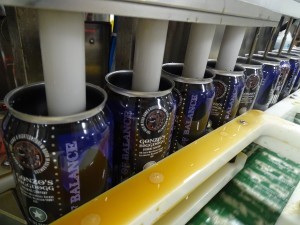 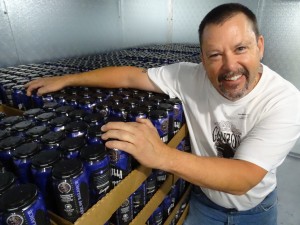 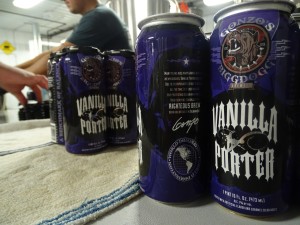 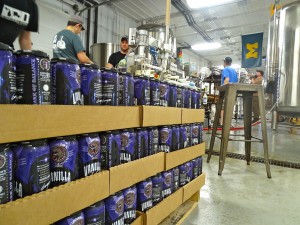