IPA Day: Shakespeare’s Pub to have nearly 30 IPAs on tap on May 28 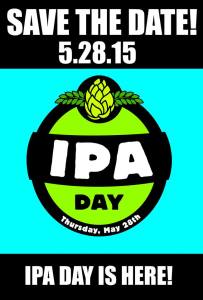 Shakespeare’s Pub in downtown Kalamazoo will have around 30 IPAs on tap for its 3rd annual IPA Day on May 28.

KALAMAZOO, MI — Shakespeare’s Pub will become a haven for hop heads this week.

The downtown Kalamazoo bar will hold its 3rd annual IPA Day with around 30 IPAs from breweries across the country. There will be IPAs, double IPAs, bourbon-barrel aged IPAs and more starting at 10:30 a.m. on Thursday, May 28.

“IPA is generally my favorite style of beer and very popular amongst craft beer enthusiasts. It is a great day to celebrate the style and try different creations that may not have been available before. We have a few of those for this event and we are pretty excited about it,” Shakespeare’s Pub co-owner Ted Vadella said.

Vadella, whose bar is located at 241 E. Kalamazoo Ave., has been working his brewery connections for weeks to establish the lineup.

Here is a list of most of the beers that will be on tap starting May 28.