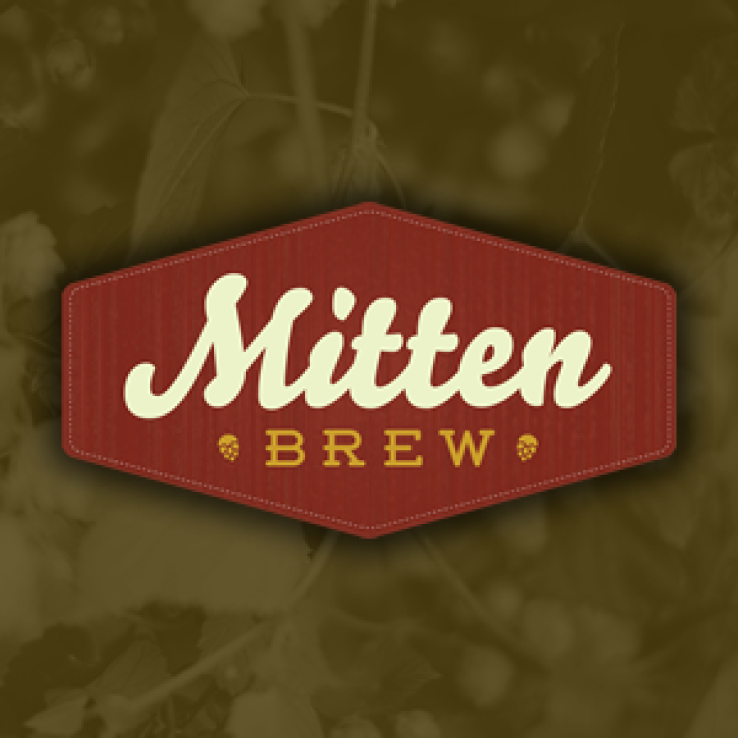 KALAMAZOO — A West Michigan Beer Tour is a long day, but a long day worth the cost and a hell of a lot of fun.

West Michigan Beer Tours is a relatively new company, with its inaugural tour in June of last year. So far, they’ve had a lot of success with their unique public and private tours for craft beer lovers. Offering plenty of tours through the Grand Rapids, Kalamazoo, and close-by areas, the group is looking to expand to the I-94 corridor soon.

Lisa and Beth don’t often host a tour, but they told their husbands that it was only fitting they get to lead this one.

Registration and check in starts at Tibbs Brewing Company in Kalamazoo, a small locally-owned nano brewery. Cindee Tibbs, six months pregnant and wearing a company shirt christened with FV1 (fermentation vessel #1) on her stomach, greets us at the door.

An initial Q&A starts the day while everyone samples some pints, like the Citra Your Ass Down IPA or Hell-Jen Belgian Tripel. “We opened on December 6, 2013 and the community has been amazing, very supportive, everyone has been wonderful. I can’t say enough about how great and supportive Kalamazoo has been, everyone reaching out to make us feel welcome. It’s really nice,” said Tibbs.

Cindees’ interest in brewing was sparking because of her husband, but they both soon realized it was her who had the better palate. Taste testing product and offering suggestions for tweaking recipes, Cindee is an active part in the brewery, not just the paperwork girl (though she takes care of that as well). Since her pregnancy, the tastings have of course stopped, but she’s still working right alongside her husband.

Tibbs is already very active in the community and involved with other local businesses, like their recent collaboration with The Cupcake ZOO on treats made with G’Mornin Coffee Stout and the For Richer or Porter coffee cake.

“Tibbs is all about our customer. We want to connect with our customers; we want to be that ‘Cheers’ location and make sure they are getting high quality beer, at a great price and in a good atmosphere.”

After registration, it’s on to the bus to our first stop, Hop Head Farms. On the way to our first destination, Shannon Kuchera, the Communications Director from the Michigan Brewers Guild, shares some information with attendees about the Guild and what they do for the industry and for the craft beer fans alike.

After a little drive, we arrive at Hop Head Farms in Hickory Corners, a 30-acre farm that supplies some of your favorites with what makes beer, beer.

Bonnie Steinman is part of the husband and wife team that runs Hop Head. Today, she is leading our tour from entrance to field to harvesting room, with beer samples featuring their product along the way. Pouring is the ‘Beer Broads,’ a local group of women who get together over a pint on a semi-regular basis.

Seven samples in all are offered throughout the stop, featuring almost all of the nine varietals that are grown by Hop Head. Manda Geiger from Pike 51 is on hand, sharing her KUSH IPA Dry Hopped with HHF Saaz and one hopped with HHF Glacier.

A tasting list with descriptions is graciously provided, and we spend time talking about the nuances between varietals as we go through the facility, starting off in the main area, tasting the Citra Melon from Paw Paw and the Multigrain Mutt from Ruperts Brew House in Kalamazoo. “So basically, the citra and melon hops play off each other in this one, but the melon mellows it out,” says Bonnie about the Citra Melon Session Ale.

We make our way towards the hop fields, acres of poles waiting to be covered in vines. “We grow 30,000 hop plants and 9 different varieties of hops,” she says. “We supply over 50 breweries throughout the United States — not just Michigan.”

Bonnie shares as she shows us the small, asparagus hop shoots that are coming up at the base of each pole. Within the next week, Hop Head will use a machine to score the tops. After the crowns are pruned, two ropes will be tied to each crown and three vines (or hardy shoots) will be trained up each rope.

“We can do about 4,000 ropes a day — that’s kind of slow, actually, in comparison to other places out west. We are still perfecting our system,” says Bonnie.

Our next stop is the harvesting room, where we meet Griselda, Hop Head’s massive harvester, complete with gears and wheels and conveyers that are all a little Willy Wonka. It gets even better as we make our way into a room underneath the oast tower, looking up from the blowers into three floors that are actually drawers, designed to dry the hops as needed depending on variety.

We end with a few more beer samples and Bonnie’s special Hop Cheese, a secret mix that includes beer and hops, of course.

Between stops, Lisa and Beth keep the ladies well hydrated and make sure no one lacks for snacks. It’s a great atmosphere, and as the day processes, more and more strangers become friends and share their experiences with Michigan brew, homebrewing horror stories and successes, and simply chat about everyday things one talks about over a pint.

It’s on to the brand new Boatyard Brewing in Kalamazoo, where we meet Amy Waugaman, a pink-booted brewer who has a rather unique road to working in the industry.

“I drank my first beer when I was 35. I was into big red wines, and I went through a divorce and decided to try things I was opposed to before for no reason, and beer was one of them,” she says.

Waugaman pours us samples of Kissing the Gunners Daughter — a traditional Klosch which she says is great for mowing your lawn of sitting on your boat. Lightly hopped, it’s an easy drinker, perfect for summer.

“I started to drink beers in this area, and went up to Founders and had a Red’s Rye and fell in love, then decided I wanted to try to homebrew. I have a degree in microbiology and chemistry and then went to culinary school, so it made sense. My homebrew was pretty good and I wanted to do more.”

Our next sample is a Blonde Ale, a malt forward Bière de Garde brewed very true to style called Currents Will Shift. “So I discovered this place, sent an email that basically said I want to learn commercial brewing. Teach me, and I will give you my time. Bryan and Dan, owners of Boatyard, started teaching me and it went from there. It’s my passion and I love it and I don’t feel like I’m ever working.”

The last beer is Swearing Sailor Sasion, so good I go home with a growler full. It’s back onto the bus where Waugaman joins us as we make our way to Arcadia.

On the way to our final stop, Beth Raich from Brew Hauler demos her product and provides goodie bags for everyone. An ingeniously simple little contraption made from sturdy webbing that fits snugly around your growler to make carrying easier, this product came about as a way to use leftover materials from the Brew Hauler’s main seller, the larger version made for carboys. It was a nice gesture and very usable during the trip.

Our last stop of the day was a treat — Arcadia’s brand new Kalamazoo facility, which is having its grand opening on May 8. It was the brewery’s soft opening, and we enjoyed a full free pint courtesy of the tour and had the option to eat ample, decadent BBQ that assaulted our nostils when we walked in.

Mardy Suprise, co-owner along with her husband Tim, stepped outside with the group to talk about Arcadia, from opening the Battle Creek location 18 years ago to the launch of the Kalamazoo branch.

Mardy has been a part of Michigan’s craft beer scene since inception, and shared stories of falling pizza ovens, exploding water drains and how Arcadia has reached the point where it is today. Wife, mother and entrepreneur, Mardy is very much a part of daily operations at Arcadia. Like the other women on our tour that day, she has made her way in what is still considered a man’s world, shattering stereotypes and breaking barriers. “I did not sleep at all, for the first 10 years,” she jokes.

The clock strikes five, and the weary attendees make their way back to the bus to end where we started, at Tibbs Brewing. The hardier of the bunch stay at Arcadia and opt to walk back, but the ladies at MittenBrew had had their fill and headed home, laden with beer and swag, great photos and good stories.