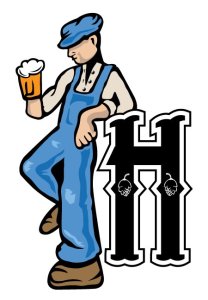 BRIDGMAN, MI — The Lake Michigan shoreline will be home to another brewery in little over a year.

Chicago’s Haymarket Pub & Brewery announced on its Facebook page it purchased property in Bridgman — also home to Tapistry Brewing Co. — with plans to open a full-scale production facility and taproom in the spring of 2016.

The owners of Haymarket Pub & Brewery had their offer to purchase the property at 9301 Red Arrow Highway unanimously accepted by the Lake Township Board in October. Crain’s Chicago Business reported the 30-barrel brewhouse and production brewery is scheduled to open in spring 2016.

It will feature a 100-seat taproom and restaurant specializing in wood-fired pizzas and house-made sausages. There will also be a large beer garden to host special events.

Haymarket also posted this on its Facebook page on March 9:

A little news for you!

Haymarket Brewing Company, which currently owns and operates Haymarket Pub & Brewery in Chicago’s West Loop neighborhood, has purchased property in Bridgman, MI, with construction slated to begin immediately on a full-scale production brewery. The property is a former state police post on Red Arrow Highway. In addition to a production brewery, the existing structure will be remodeled to include a taproom and kitchen serving wood-fired pizzas and house-made sausages. The future brewery sits on 17 wooded acres, and will feature a large outdoor beer garden, as well as space to host a variety of outdoor events.

Owner and Brewmaster Pete Crowley is excited about the eastward expansion plan. “I’m proud to call myself a Chicagoan and be a part of its great craft brewing scene for over 15 years. During that time I met my business partner John Neurauter, who introduced me to beautiful Southwest Michigan. I am looking forward to joining a second amazing group of brewers and to be able to call both places my home,” says Crowley.

Crowley and Neurauter opened Haymarket Pub & Brewery in 2010, specializing in classic Belgian and contemporary American brewing styles, with an emphasis on hops, barrel aging and a wide variety of authentic Belgian yeast strains. The West Loop pub’s kitchen offerings include house-made sausages, smoked meats, specialty pizzas and other handcrafted fare. Crowley is a highly decorated brewer, having won over 70 local, national and international awards for his beers, including medals from the World Beer Cup®, Great American Beer Festival® and the Festival of Wood and Barrel Aged Beer®. Varieties range from refreshing Pilsners to hoppy ales to rich Imperial Stouts aged in bourbon barrels, a brewing technique that has put Crowley on the national beer map for his pioneering work with this specialty. Most recently, Haymarket’s “The Defender” American Stout won gold medals in 2014 at both the World Beer Cup® and the Great American Beer Festival®.