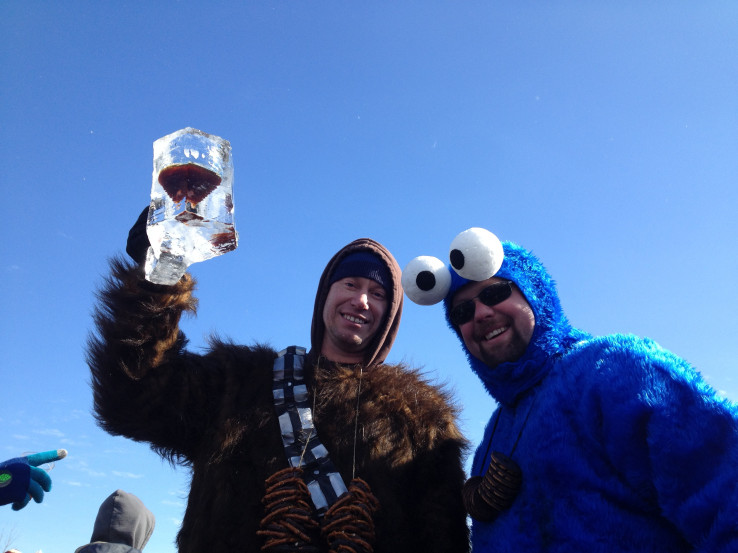 GRAND RAPIDS, MI — More than 10,000 fans of Michigan craft beer are expected to make the trek to Fifth Third Ballpark in Comstock Park on Feb. 27-28 to experience one of the state’s biggest beer events — the Michigan Brewers Guild’s Winter Beer Festival. 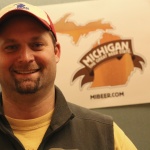 The 10th annual event will be held from 3-7 p.m. Feb. 27 and 1-6 p.m. Feb. 28. More than 100 breweries will participate and serve more than 1,000 beers — both milestones for the festival — according to Shannon Kuchera, Operations Manager at the Michigan Brewers Guild. In the last three years, the event has gone from a popular spectacle into one of the hardest tickets to score (Saturday’s 6,000 tickets sold out in about 30 minutes this year).

“It blew all our minds on how fast it took off,” said Eric Briggeman, president of the Michigan Brewers Guild, said of the festival’s rise.

But the event hasn’t always been top-of-mind for Michigan beer lovers. Briggeman shared a few nuggets about the festival’s origins, its recent expansion to two days and how to best enjoy yourself at the 10th annual installment. 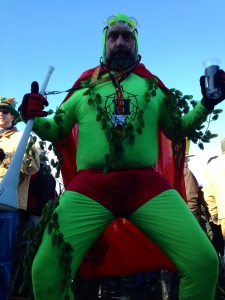 The first Winter Beer Festival was held in 2006 on Turner Street in Lansing. Briggeman said about 40 breweries attended the festival, which was held under one long, slender tent. “We didn’t have any expectation of what people would do hanging out outside in the middle February,” he said. Briggeman estimated 1,000 people attended the first festival.

The second festival was again held in Lansing, but it was clear a bigger venue was needed. The Guild selected the Fifth Third Ballpark and held the festival in the stadium’s concourse for the third festival. Briggeman said this setup wasn’t conducive to the event and the Guild transitioned to the parking lot in the fourth year. It’s been there since.

Because of the turnout and as a nod to its 10th year, the festival expanded to two days this year for the first time. Briggeman said more than 3,500 tickets have been sold for Friday, which will also feature fireworks and unique live entertainment. Some breweries are planning specialty releases for Friday only (Bell’s Brewery Inc. will raid Larry Bell’s “secret stash”). You can view the entire beer list here.

Briggeman said he expects the Winter Beer Festival to remain a two-day event into the future.

1. Don’t be afraid to overdress. The extended forecast is calling for temperatures too low to repeat here. Briggeman said it’s always better to have to shed clothes than be freezing (the festival does not allow for re-entry). Also, hand and feet warmers are helpful.

2. Hydrate yourself. Drink plenty of water leading up to and during the festival.

3. Eat. Drinking too much craft beer on an empty stomach is not advisable. Food will be available at the event as well, but it’s important to start with a good base.

4. Have some semblance of a plan. Use the festival brochure to plot out some of beers or breweries you want to try. If there are tap times for a beer you crave, get in line early.

5. Experiment. This is the chance to sample beer from breweries you can’t get in your town. If you are caught at the end of a long line, break off and check out one of the state’s newer breweries — you may discover a new favorite beer.

6. Pick a meeting point. If you are enjoying the festival with a group, someone will get separated from the group. Instead of aimlessly wandering through the masses, try to establish a meeting point for the group should someone get split up (For example, pick a specific fire pit or other landmark).

7. Potty breaks. The festival site will be lined with porta-pottys, but Briggeman said he’s noticed a trend: People try to hold it until about 2.5 or 3 hours of the festival, then everyone heads to the porta-pottys en masse. Obviously breaking the seal too early can cause problems, but if you want to avoid longer lines, consider timing your bathroom break before the big rush, so to speak. “It’s like trying to plan your pit stop at a Nascar race. … It’s an interesting game to watch,” he said.

8. Listen to the crowd. Often the crowd will start buzzing about a certain beer or a particular brewery. You can come across some pleasant surprises by keeping your ears open.

9. Share. Social media will be a valuable resource during the festival. Use the hashtag, #wbf15 to share your experience with everyone else.

10. Be safe. If you plan to drink, don’t drive. Just don’t do it. Cabs and taxis will be everywhere at the end of the festival. Take one. 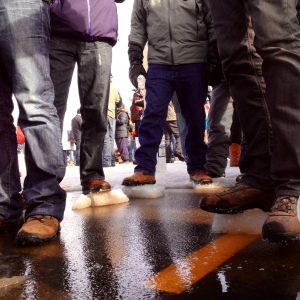 103: Number of breweries to participate in the 10th annual Winter Beer Festival.

1,035: Total number of beers to be offered at the two-day event.

More than 170: Current number of breweries in the state.

More than 150: Number of porta-pottys at this year’s festival.

67: Number of breweries in the state in January, 2005, according to the Michigan Beer Guide.

1,000: Estimated attendance at the inaugural Winter Beer Festival in Lansing in 2005.

At least 1: Number of Pumpkin Peach Ales at the festival (courtesy of Hideout Brewing Co.).

20: The projected high temperature for the weekend, with lows in the single digits, according to the extended forecast, which, of course, will change.